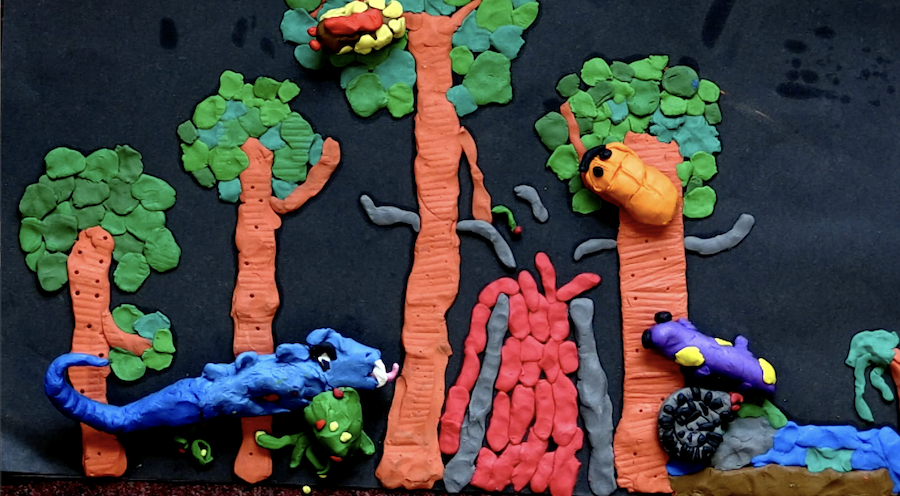 Was she the first reptile in the world?

Lizzie the Lizard by P5

Prepare to meet Arthur the Arthropod, Sam the Scorpion, Lizzie the Lizard and many more strange creatures! 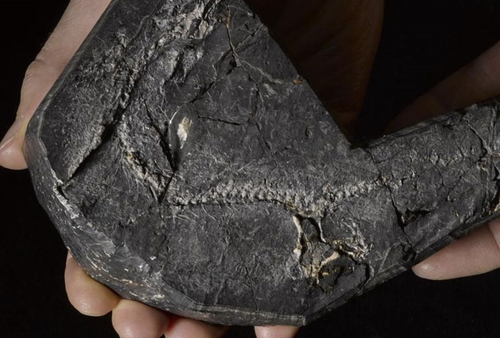 In the 1980's fossil hunter Stan Wood found Westlothiana Lizziae, a fossil of what could be the world's earliest known reptile. She is around 345 million years old and is now world famous. She was found at East Kirkton quarry, Bathgate, West Lothian. The fossils found by Stan Wood in this quarry belong to the Carboniferous period (c359-299 million years ago). Amphibian like creatures like Lizzie evolved to produce eggs in shells that could be laid in dry places. Snakes and crocodiles have evolved from them. 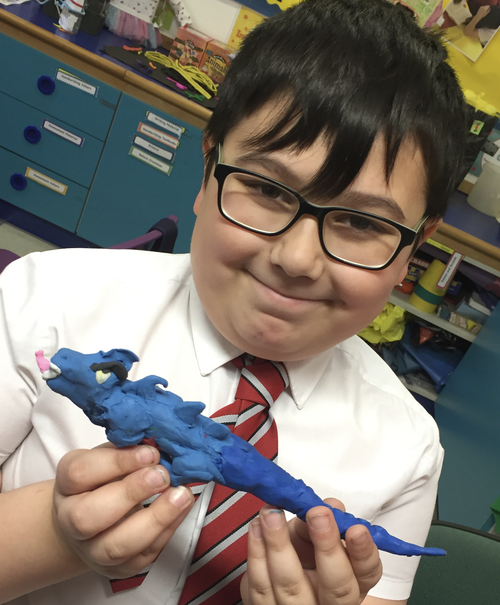 We all really loved the story of Lizzie and tried to imagine what it would have been like in Carboniferous times. West Lothian was a really dangerous place then, with sticky swamps, huge insects and volcanoes and lakes and rivers. We built up a story, filmed interviews, created plasticine creatures and made our own animation of her scary life in the sticky swamps of West Lothian.

Our story of Lizzie the Lizard by P5 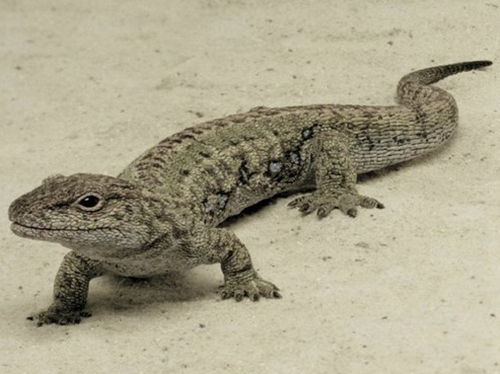 A really, really long time ago, West Lothian was a rainforest, 350 million years ago in the Carboniferous. Because Scotland was on the equator, West Lothian was hot and sticky and very scary indeed. There lived our Lizzie in this sticky, buzzy swamp. She was probably the oldest reptile in the world - but we don't know! She could be a reptile or an amphibian - we are not quite sure.

Lizzie's most fearsome enemy was Arthropleura, a giant millipede! Lizzie was a very nice calm lizard who was grazing at the pond. She heard a nerve wracking noise from a bush. Lizzie thought that it was a bug, but to her surprise, it was a terrifying millipede, the Arthropleura! They had a fearsome showdown in front of a dangerous volcano.

Lava from the volcano set the forest on fire and Lizzie and the other animals ran to the swamp and all drowned. 350 million years later, a fossil hunter called Stan Wood went to Kirkton Quarry near Bathgate. He found many fossils, including Lizzie's. You can see Lizzie at the National Museum of Scotland. Go and see Lizzie!!