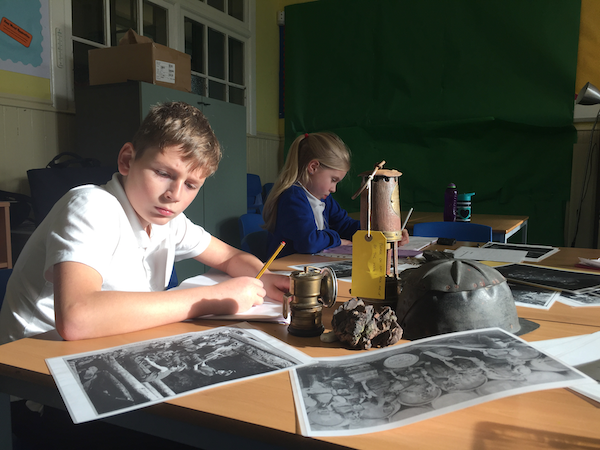 3. Down in the Danger Zone

2. Art and Poetry in the Woods
4. Sensing the woods 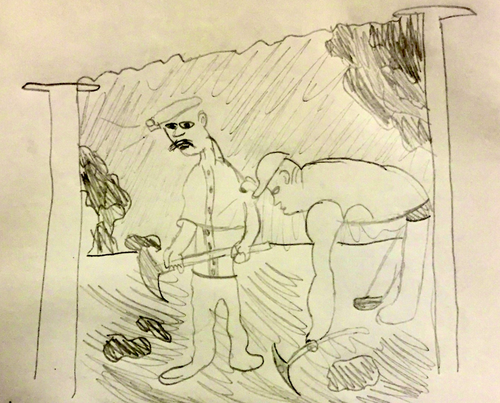 The Faceman had the most important job and was paid the most. He had to be strong to use heavy tools every day. He used a pick axe to drill into the wall. He had three jobs - one was to put something like a pit prop which was a big wooden pole to hold up the roof so that it wouldn't collapse on the men. The second was to drill a hole into the shale rock, put gunpowder in it and blow it apart. The third was to hack it out with a pick axe. Facemen has a dangerous job but were proud of what they did.

The Drawer worked closely with the Faceman. He would lift all the shale rock after it had been hacked out and load it into the hutch (trolley). Sometimes the hutch was pulled by a cuddy (pit pony). 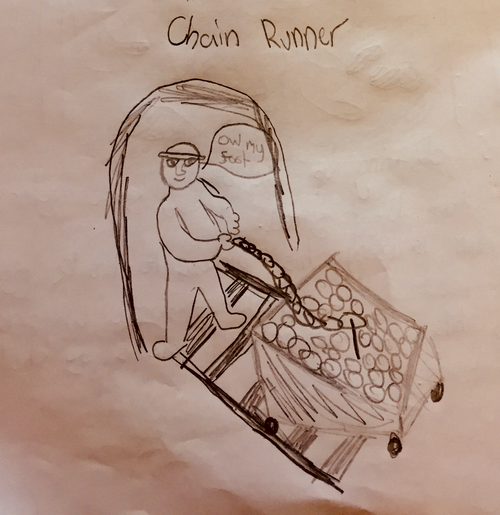 The Chain Runners were in charge of the hutches as they moved through the pit. They clipped rakes (trains) of hutches onto a constantly moving cable which pulled hutches from the working areas of the mine to the pit bottom where they were unclipped. A chain runner had to follow the hutches on their journey therefore had to be quick. They travelled with the hutches along tunnels, up to the surface and to the retorts (ovens) at the oilworks. Then they would bring the hutches back down the mine to start again. This was pretty dangerous work and there were lots of accidents! 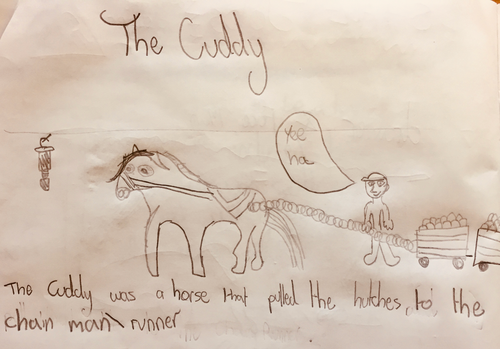 The cuddy was a pony who pulled the heavy hutches full of shale rock along. They were bigger than coal miners' pit ponies and were very well looked after. They even had competitions for the best cuddies! 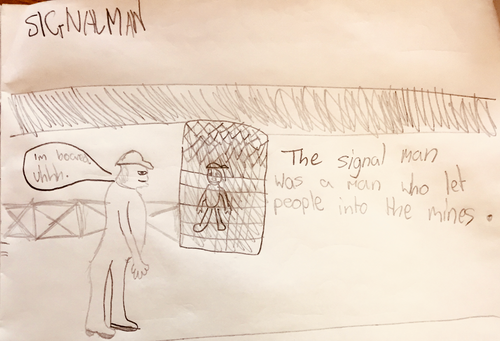 The signalman was a man who let people into the mines. This was an extremely important job. Miners would give the signalman numbered tokens before they went down the mine. If an accident happened the signalman would know how many men who were missing, been injured or died by checking the numbers on the tokens.