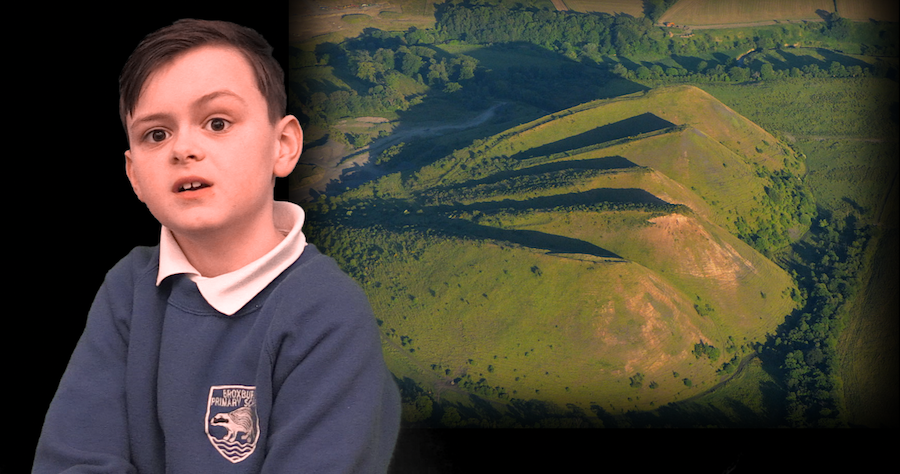 By Broxburn Primary School (16. New Lamps for Old ,3. Down in the Danger Zone ,18. Cramped Cottages ) 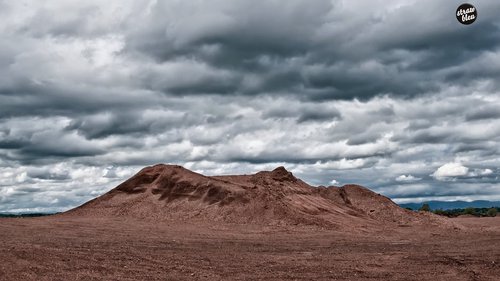 Walk along the Shail Trail and you can't miss West Lothian's brilliant bings! They are beautiful, amazing and full of history. Find a bing and start to imagine how it would have been like here long ago in Scotland's oil boom. Which is your favourite bing? 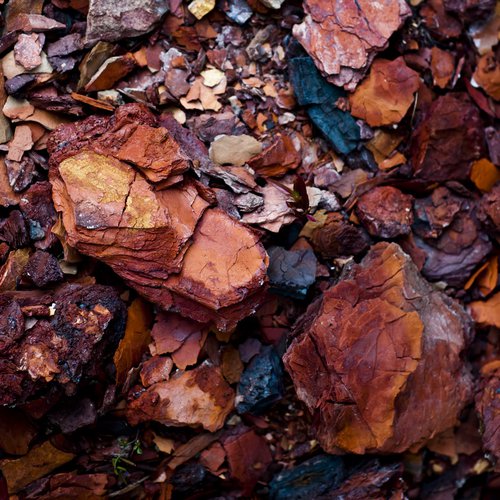 What exactly is shale?

In Scotland, finding oil shale rock was like finding gold. Oil shale is a black shiny rock full of oil. It's not that common and it was found in West Lothian, Scotland, in the 1860's. It was dug up from deep underground and taken to an oil works where it was "baked" in huge furnaces (retorts). The oil oozed out of the shale just like black cheese on toast. It was made into many things including candles, soap and paraffin oil. The paraffin was really valuable and used in oil lamps all over the world. Many people moved to West Lothian to get jobs mining shale or working in the oil works. This was the home of Scotland's oil rush. 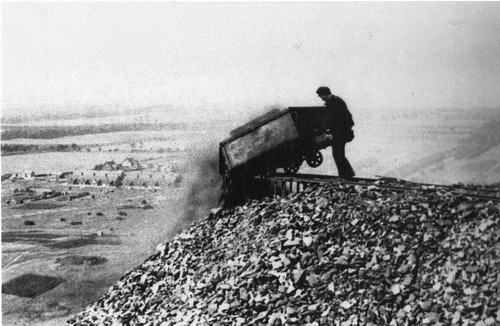 Up on the Bing

There was masses of pink crumbly waste shale left over. What should be done with it? The shale was taken to a bing in a hutch (trolley), winched up to the top of the bing onto a small railway. There the tip man would push it along to the edge of bing and tip it out. It was a pretty horrible job as the shale could still be very hot (sometimes the rails were white hot!) and it could be very windy and dark if you were on a night shift. The tip men wore padded clothes and caps.

"My father and brothers all worked in the industry, on the haulage from the oil works to the bings. You had to wrap rags around your hands to prevent them from being burnt when the hot shale was emptied on to the bing." Mr J Wardrope 1975 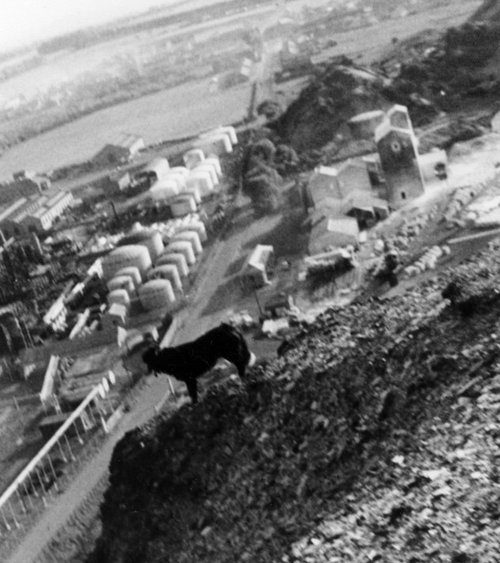 If there was oil left in the waste shale, a bing could catch fire easily. Some of the old bings burned for years and were dangerously close to villages. A bing near the Gavieside oilworks near Polbeth had flames, smoke and fumes coming out of it for many years. The local story is that a cow wandered onto this bing which had been quietly smouldering under the surface. It fell in went up in flames and became instant roast beef which you could smell for weeks! 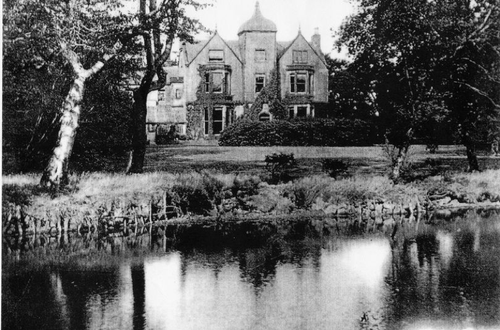 The house under the bing

When you glance at the magnificent Five Sisters bing, it looks like a giant's clenched fist. It's actually 5 bings and each "finger" faced a different wind direction (so that the dust didn't blow on the houses). It was set up when Westwood Oil works was built to supply the wartime demand for oil. It now has protected status and is home to amazing plants, tree and creatures. But because the bing was growing fast, there is actually a very grand house buried beneath it called Westwood House. The people who lived in it did manage to get out in time!

There’s a house under the bing! 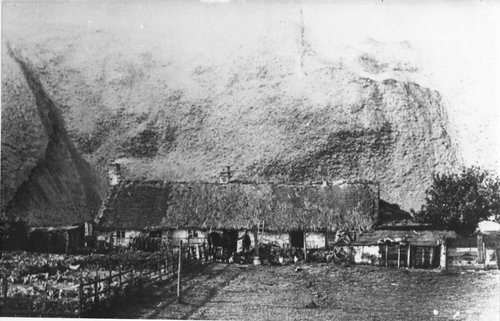 Two farm houses are covered by Addiewell bing. Clashmedoun was a farmhouse with a thatched roof and was swallowed up between 1895 and 1906. It has the perfect name: Clash - me - doun! 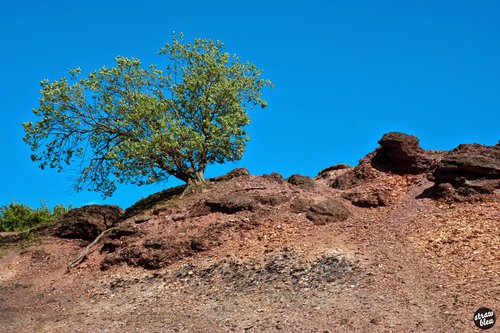 Next to Winchburgh, Greendykes is the biggest bing. Because the shale was baked at high temperatures, the soil is very clean and many plants and animals like it very much there.At the last count, 86 plant species flourish on the bing, including wormwood, the creeping buttercup and the common spotted orchid as well as birches, hawthorns and alders. Animal life, as well as foxes, runs to hares, red grouse and skylarks. It is so important that it is protected by the Scottish Government so that no one can build on it or destroy it. It was possibly used for gun emplacements/ air raid shelters in World War 2.