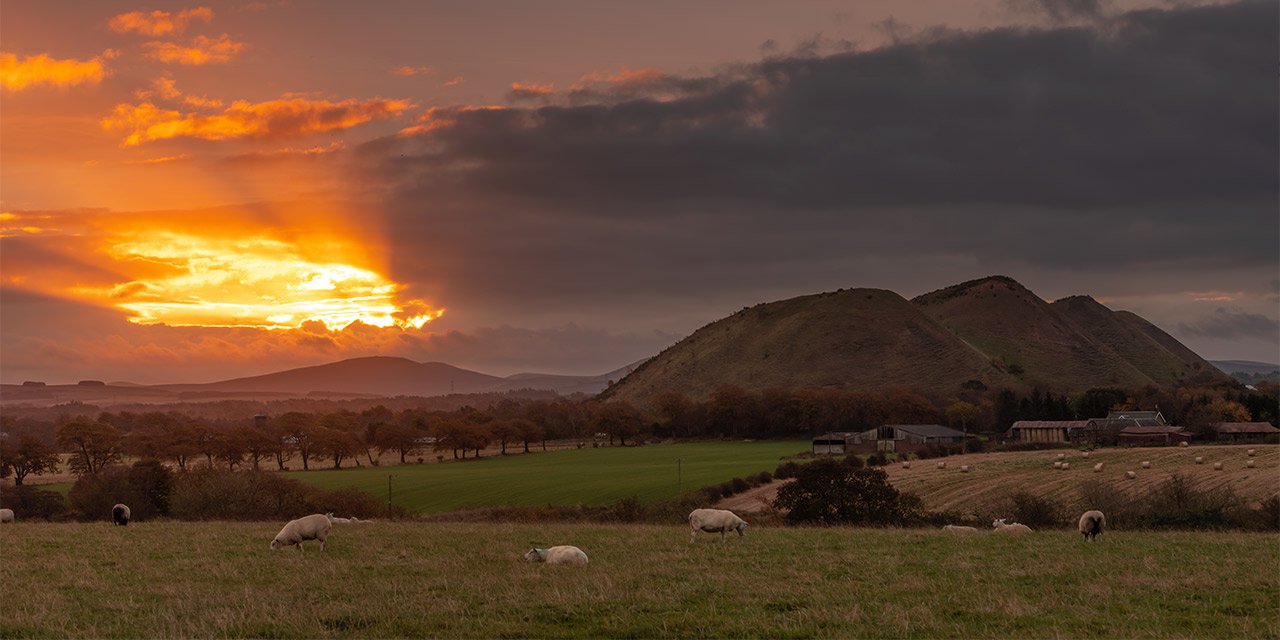 3. There’s a House Under the Bing!

Everyone knows about the hidden house, buried intact under the Five Sisters, along with all of its contents. Even the car still in the garage. A grand Victorian house, and the grounds all underneath the mountain of waste shale tipped from Westwood oil works.

The story is too good to die so it keeps coming back. Westwood House was indeed a grand Victorian house, and it was covered by the shale waste. But it was in reduced circumstances by the time it happened. The house belonged to Robert Steuart. His son, also Robert Steuart, was a captain in the army and served in India. When he returned to West Lothian he become a prominent local figure holding quite a few positions. Captain Steuart died aged 74, and his wife lived in it until the end of World War 1. The house was divided into apartments, perhaps some of your relatives lived there after the war? 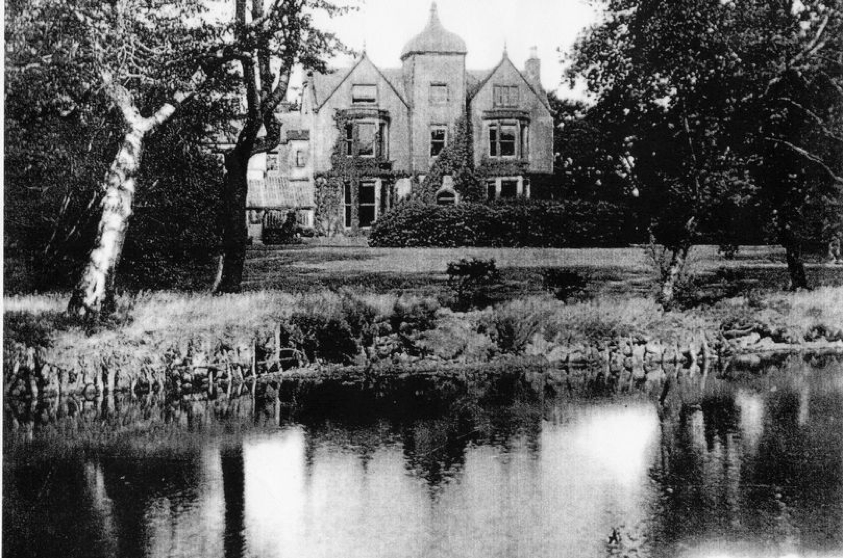 Westwood House, a tranquil residence before it was covered over. Source: Almond Valley Heritage Trust 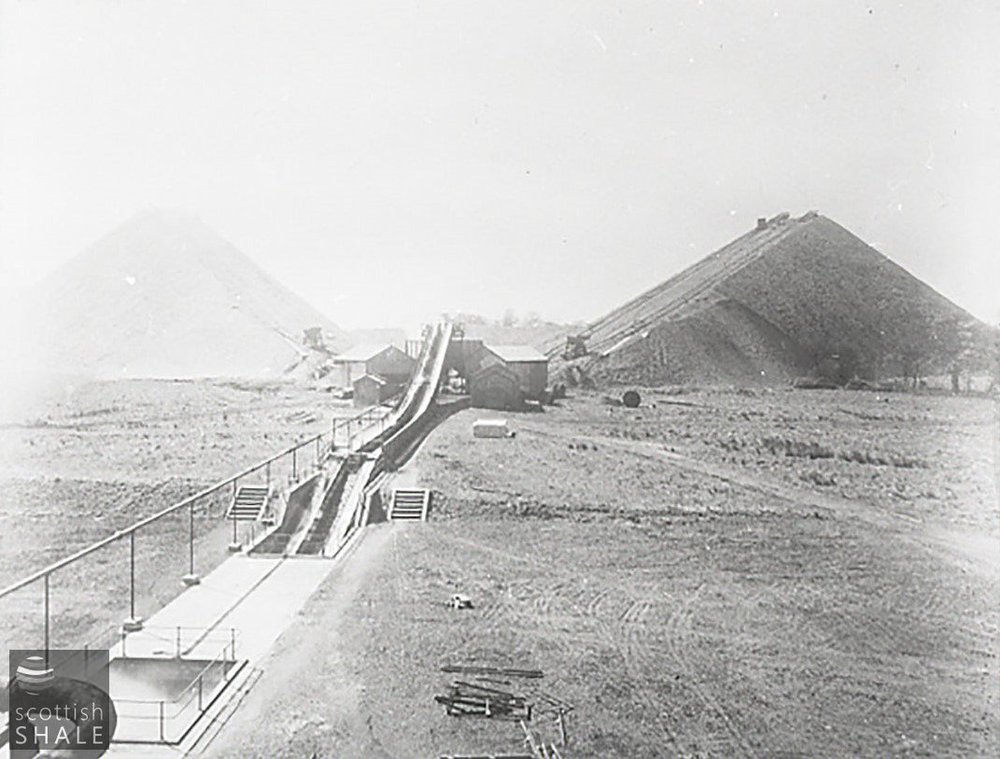 The Five Sisters bing is the product of waste shale from the Westwood Oil Works, which was built in 1941. The company also bought Westwood House at the same time. Westwood Oil Works was much more automated than earlier oil works. The shale was delivered to the retorts, to be heated, by conveyor. The waste shale was taken from the bottom of the retort by conveyor and eventually into self tipping buckets that ran up the bing. Which way the shale was tipped depended on the wind direction, which explains the five fingered layout of the bing. 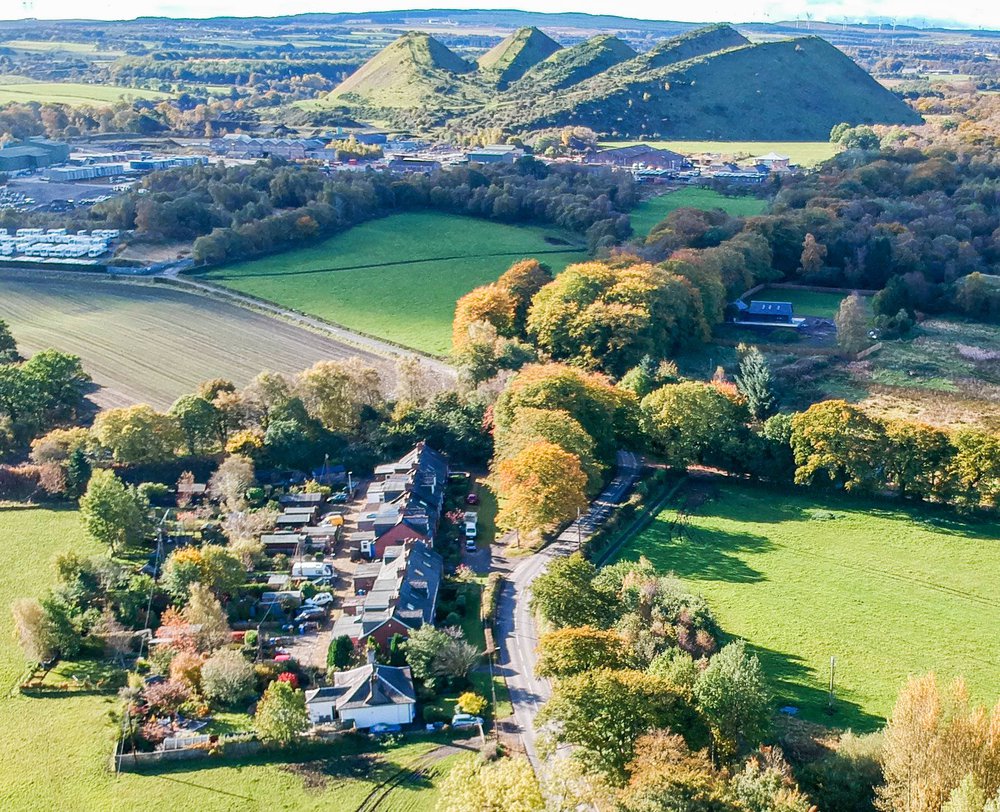 The radiating fingers of the Five Sisters. Westwood House is under the one on the right. Source: Grant Knight

And what of Westwood House? The tonnes of waste shale gradually covered the grounds and the house. The house disappeared from valuation rolls in 1941. All that is left is the story. 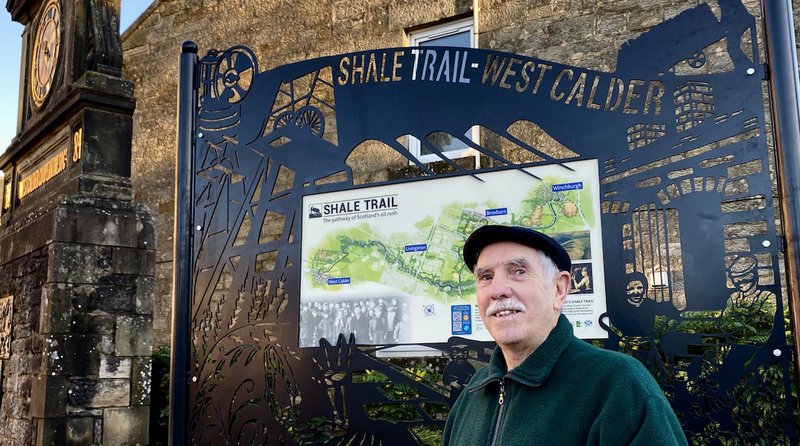 Fantastic visualisation of the house under the bing from Nicky Bird.

This art and archaeology project worked with the Five Sisters shale bings in West Calder and the story of Westwood House buried beneath. At the project’s heart is an Edwardian photographic postcard of the house and the memories of Isabella Mason Kirk, who once lived there.