There’s a lot of new houses all round Broxburn and Uphall, and a lot of new people moving in. People who are not from round here, who aren’t local, changing the character of the place.

Which is exactly how Broxburn came to be as it is today! During the oil shale boom the village of Broxburn roughly doubled in size every ten years. And where did all the people come from – all over Scotland and from Ireland, wherever there was a shortage of work and money. Just like people move to find work today. 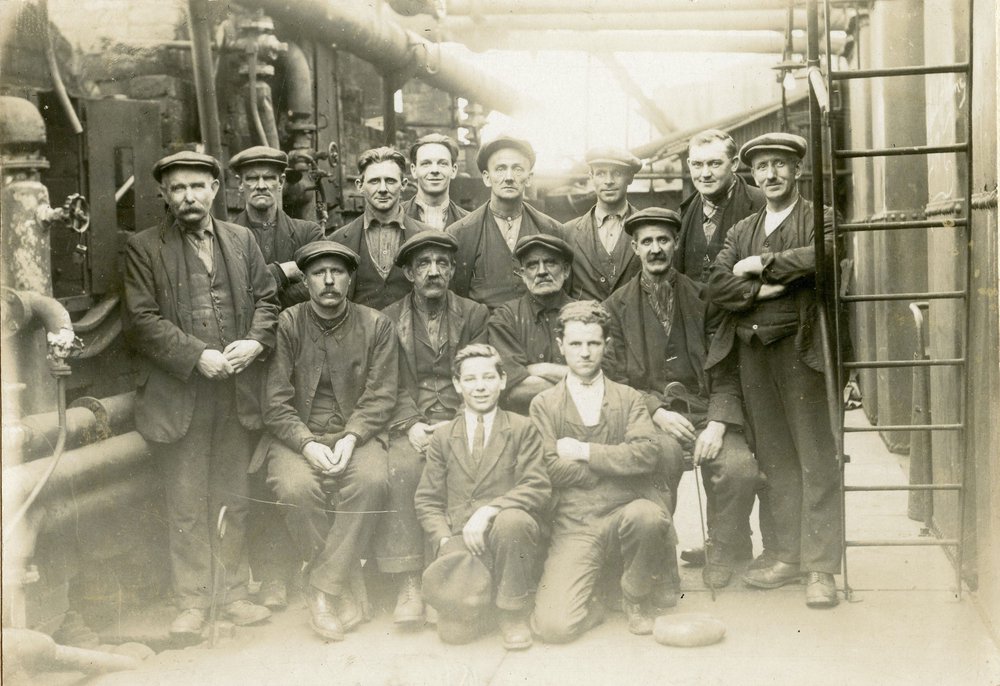 Who knows where these workers came from to supply the manpower for the industry? Source: Almond Valley Heritage Trust

At the start of the 1850s Broxburn was a small agricultural village, centred around the crossroads on West Main Street. The population, including Uphall was just over 1300 people. Fifty years later it had grown to well over 10,000 and the village extended to the canal and further along the main road. The rapid growth has caused some people to liken it to the Wild West, and to refer to Broxburn as ‘Shaleopolis’. 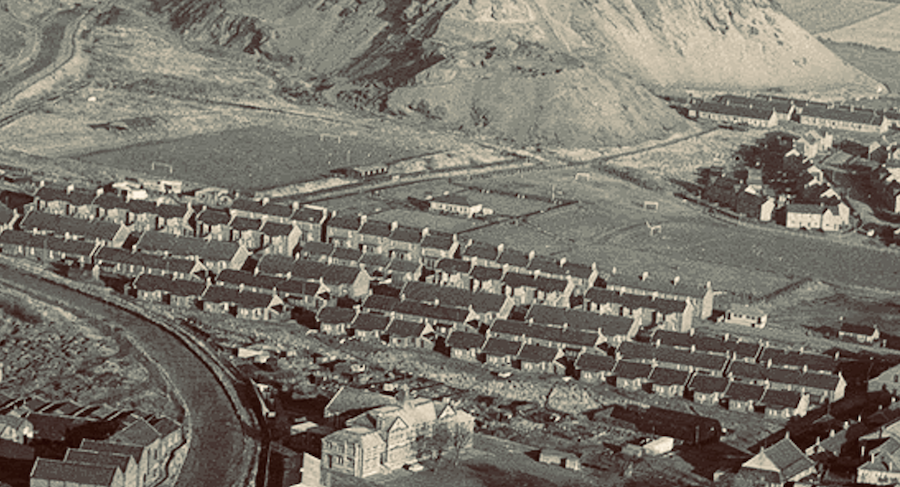 A view of the rows built for workers in Broxburn. Courtesy SCRAN/Scotsman publications

Some changes give us a clue as to where people came from. Broxburn’s Roman Catholic population shows the influx of Irish workers. A mission opened in 1862, and went from meeting in a ‘miserable thatched cabin’ to building its own church in 1880. A story recounts a group of Irishmen arriving in Broxburn and asking where ‘Jock Mulherne’s Oil Works was. In fact, John Mulherne ran a pub but acted as an unofficial recruiter for the shale industry.

In ‘Shale Voices'Alistair Finlay observes that oral histories of the industry suggest that immigrant workers tended to be given unskilled work such as tipping shale waste or working in the oil works on the retorts. 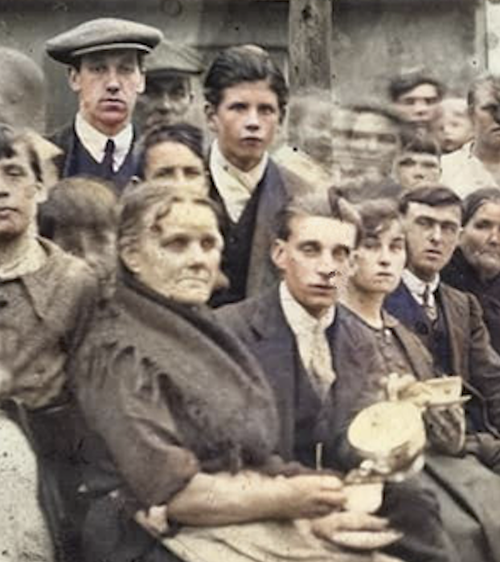 A leaving party at the Randy Raws, Stankards near Uphall Station, in 1920 for James McGrath (on left at table holding teapot) prior to his emigration to the U.S. As the shale industry shrank during the 1920s many people left to find work in America and Canada, using the skills they'd built up in West Lothian's oil works and mines. The reasons that had brought their grandparents to West Lothian now pushed them to move on again.